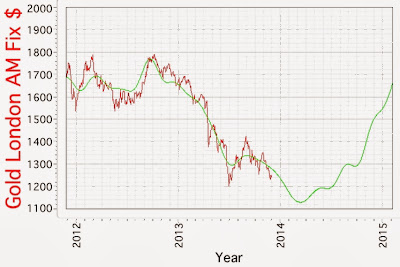 The gold cycle model continues to show a low in the February/March 2014 time frame, as you can see comparing the current output to the previous cycle model chart from 2013.10.11 as shown below. However, the slight shift in cycle weights has moved the presumed low from the 1300 area to the 1150 area. 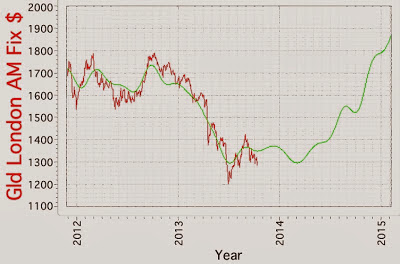 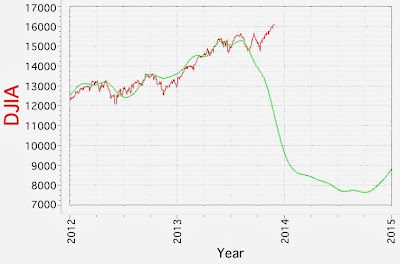 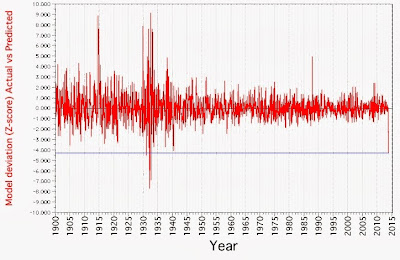 According to this model, the DJIA is in bubble territory, at least as far as historical cycles that were used to construct it. The model may be defective, or it may be revealing a severe anomaly in the markets, as occurred several times in the past which all resolved to the downside.  To illustrate this point, I have placed a line at the current Z-score and extended to 1900. I look forward to the performance of the DJIA in December to resolve the issue.
Posted by Paolo at 2:16 PM No comments:

Foundation for the Study of Cycles